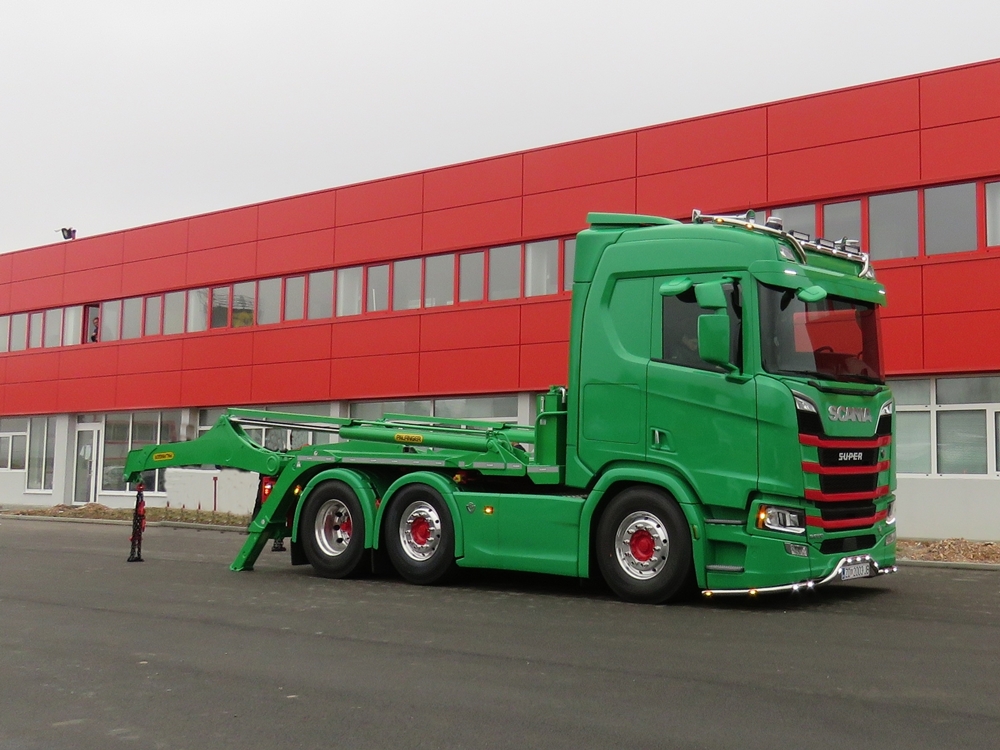 The new Scania R 650 V8 with Palfinger upgrade for special transport of containers was delivered to company Transport Buterin d.o.o. from Zadar. The Buterin family has been in the transport business since the 1980s, and since 2018 their other company Eko Recens d.o.o. deals with the processing and disposal of non-hazardous waste.

The new Scania has a special meaning for the Buterin family. The complete vehicle, truck and upgrade, is extraordinary in appearance and equipment. The family did their best in honor of Jakov Buterin, who unfortunately left them too early this year. His passion for trucks guided the Buterin family in ordering and arranging the complete vehicle, which is dedicated to Jakov.

It is a fully equipped new Scania R 650 V8 with a second pivot axle and many other features that will not go unnoticed on the roads: camera on the cab, work lights on the cab and at the end of the chassis, sleeping cabin; chassis, which has tractor side spoilers, fender mounts and fuel tanks – all in red, then a sunroof, as well as an electric cab lift, Durabright alloy wheels, Opticruise transmission, and so…

The truck is equipped with a Palfinger skiploader PST 14 TEC 3 with a capacity of 14 t. With the Palfinger skiploader, it is possible to transport containers with a length of 3,000 to 4,500 mm, and due to its construction, the width can be up to 2,000 mm. The lift is operated via radio control and external alternative manual control. The skiploader has a front mechanical and longitudinal hydraulic lock which secures the container during transport.

Timber trailer and upgrade with Epsilon crane for Brežana MM

Platform with Palfinger crane and tail lift for KREATIV QERAMIKA

Rear tippers for company in Montenegro